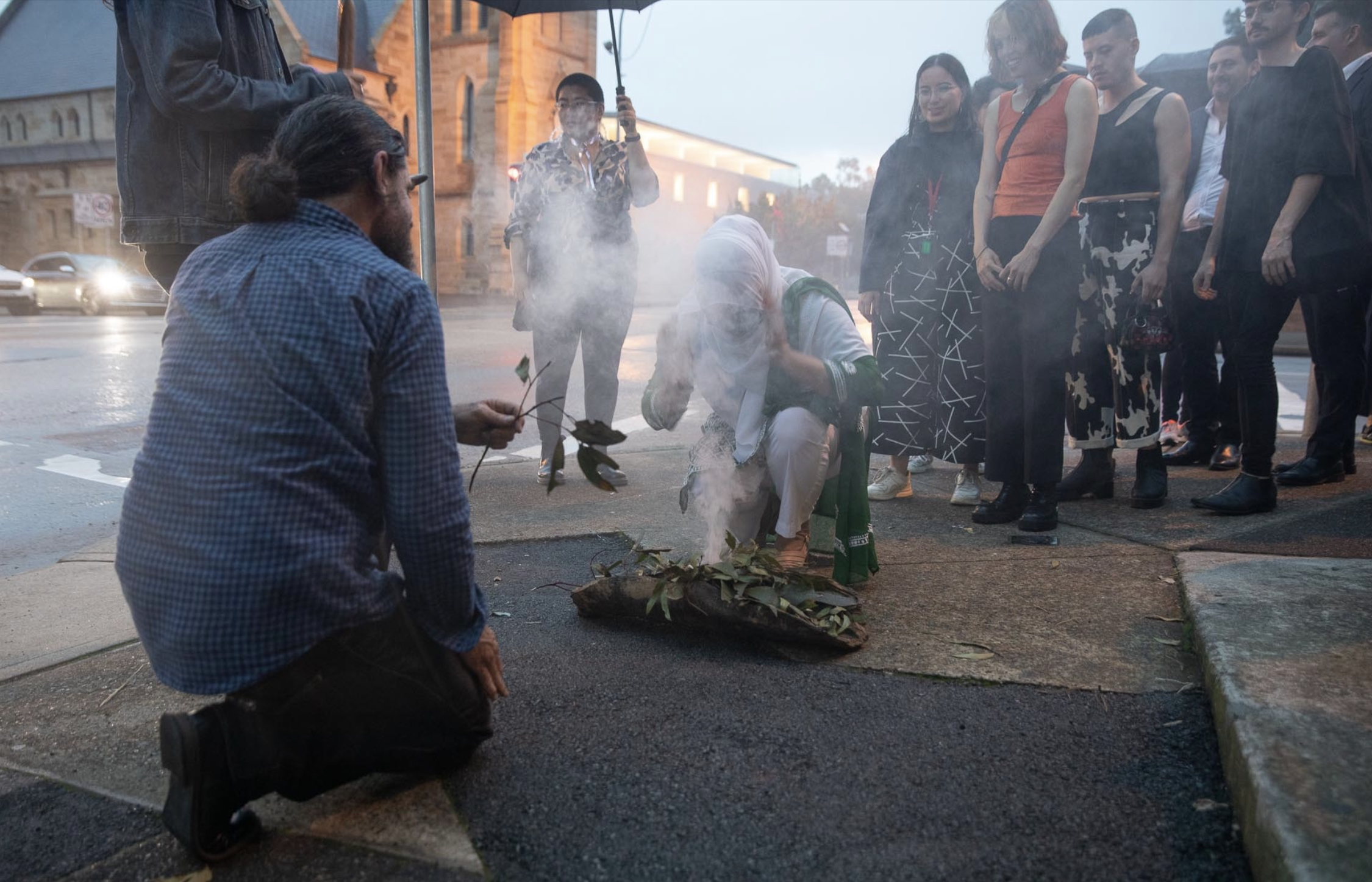 Our team of five Producers head up each program pillar, and is complemented by a Graphic Designer. Our Operations Team, comprising a Venue and Reception Officer, an IT Support Officer and a Book keeper, is headed up by our Finance and Administration Manager. The entire team is overseen by our Executive Director. Anne Loxley is an award-winning curator who specialises in collaborating with artists and communities to creatively address significant issues. In 2020 she joined ACE as Executive Director. Previously Anne was Senior Curator, C3West, for Sydney’s Museum of Contemporary Art, (2011-2019) where she developed innovative ways for artists to collaborate with communities, businesses and non-arts organisations, to address important concerns. 2017 – 2019 she was program associate, visual arts, Perth Festivals. Anne is an alumna of the Australia Council’s 2019 Leadership Program. In 2014, Anne was featured in Jess Scully’s 20 Influential Creative Women list for 2SER’s celebration of International Women’s Day. In 2011 she was named by the Sydney Morning Herald as one of Sydney’s 100 most influential people. Anne is Deputy Chair of the City of Sydney’s Public Art Advisory Panel, and a member of these organisations: Western Sydney Arts Alliance Working Group, Western Sydney Women’s Leadership Network – Art and Culture and the Sydney Cultural Network council. A former Sydney Morning Herald art critic, she has published numerous essays and spoken at conferences nationally and internationally. With Blair French, she co-edited Civic Actions: Artists’ Practices Beyond the Museum (2017). She has a depth of media experience including her I 2011 role as resident art expert of ABC TV’s Photo Finish, hosted by Osher Günsberg. 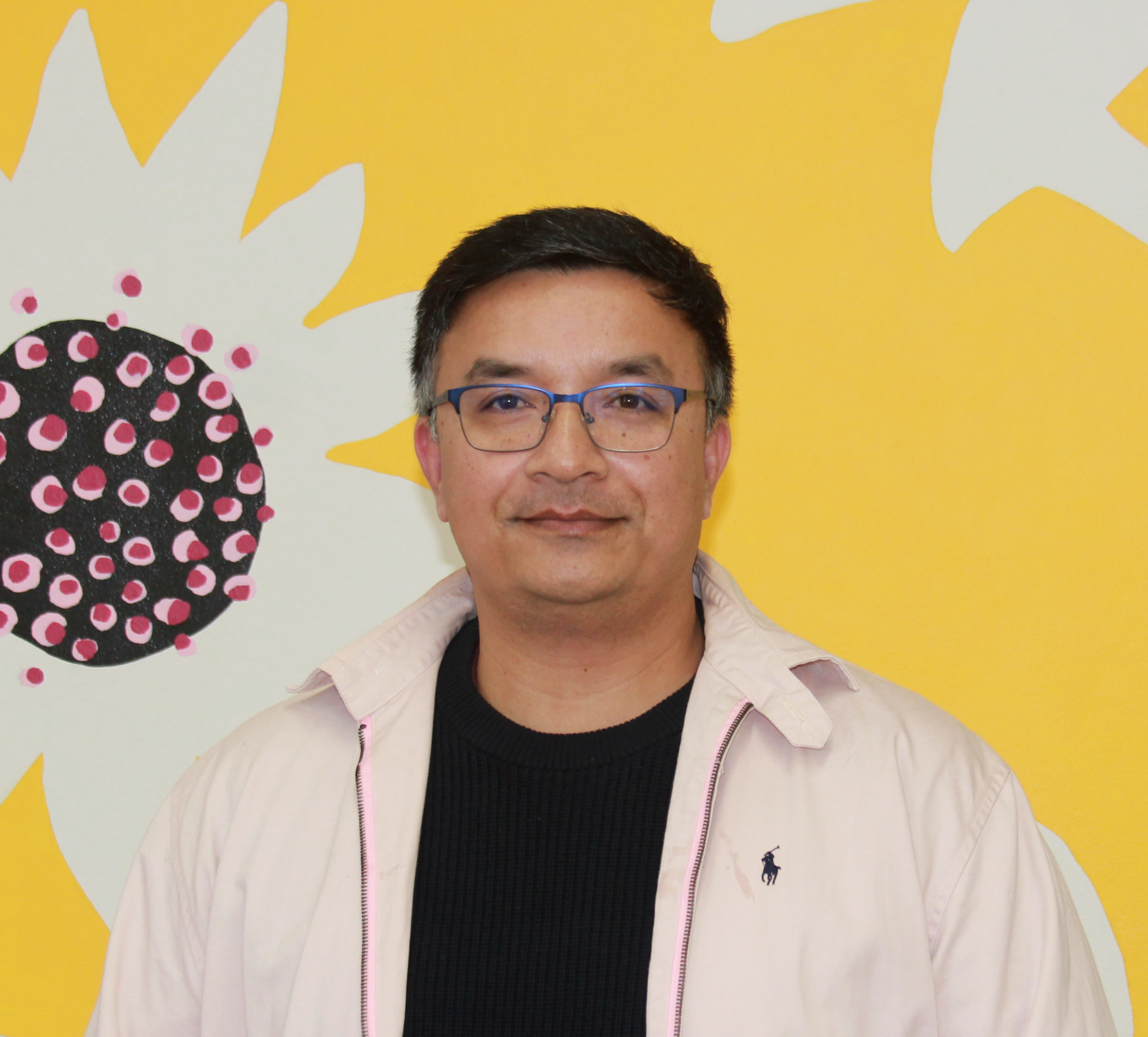 Kayur Shrestha joined ACE as Manager, Finance and Administration in 2014. He  has worked in the not-for-profit sector since 1998. His professional experience includes working as Finance Officer with the World Health Organization (Polio Eradication Project), Admin and Finance Analyst with Boston Alcohol and Substance Abuse Program Inc., Boston, MA, USA, Finance and Administration Manager with Restless Development Nepal (a UK Based Charity). He is a Fulbright Alumni from Nepal and holds a Master’s Degree in Business Administration (Not-for-Profit Concentration) from Suffolk University, Boston, MA, USA. He is a member of the Beta Gamma Sigma Honor Society and a member of CPA Australia.

Hannah participated in the Australia Council for the Art’s 2020 Custodianship program and was a winner of the National Indigenous Story Award in 2018. From 2018 until mid 2020, she was Head Curator of Aboriginal Programs at Carriageworks. Hannah worked as a producer on Next Wave Festival 2018 and Laukatim Solwara for AsiaTOPA 2017. From 2014-2019 she performed regularly as DJ SOVTRAX, curating First Nations events and playlists, and hosting a regular segment on PBS Radio in Melbourne. 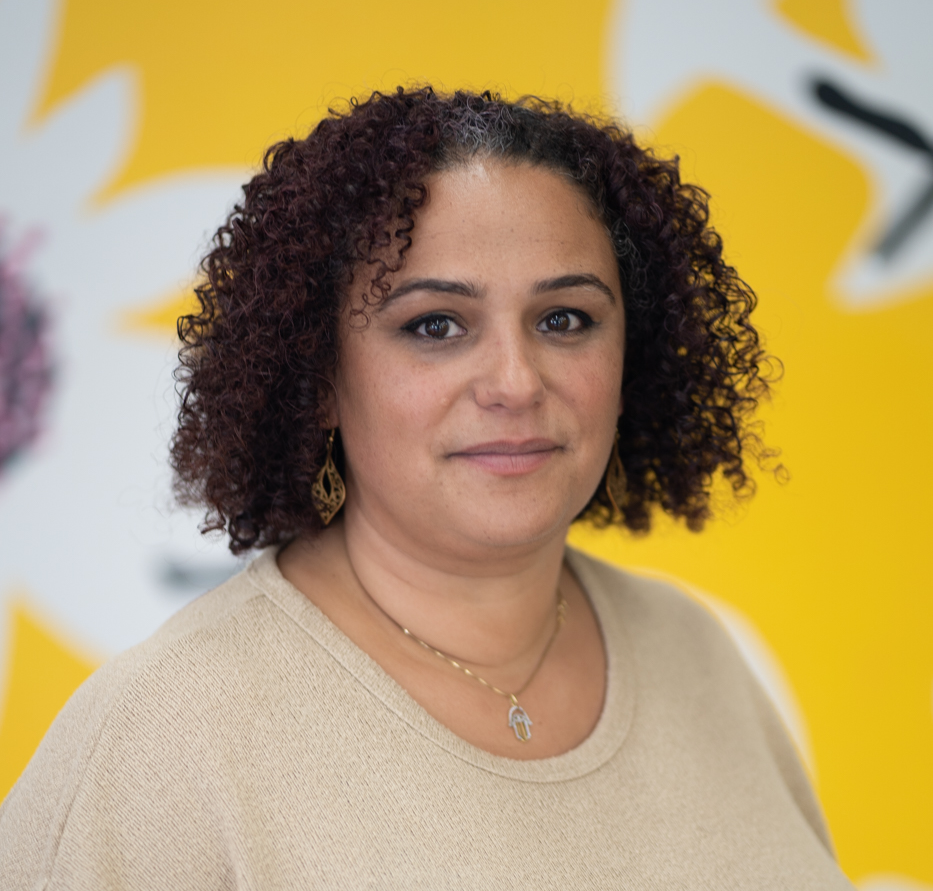 Yamane Fayed is a trilingual creative producer specialising in community and cultural development. Yamane holds a Masters in French Literature and taught French Literature in Lebanon. Since coming to Australia in 2005, she has worked as a freelance facilitator of digital and traditional storytelling across Western Sydney. Her love for children’s literature enabled to develop her expertise as an educator in multicultural playgroups and a librarian facilitating storytelling and story extension programs for children. In 2013, she became a food tour guide with Taste Cultural Food Tour running cultural food tours throughout Sydney, connecting food and people to promote cross-cultural understanding.

Since 2016, Yamane has worked as producer of ACE’s Multicultural Women’s Hub program, up-skilling and supporting women to set up their own creative enterprises. She is passionate about engaging with diverse communities in Western Sydney, utilising arts and creativity as tools for social change. Between 2008 and 2016, his short films were screened in official selections in film festivals in New York, Chicago, Missouri, Toronto and Milan, and in 2018 was producer of ‘Carla & Lisa’s Countdown’ produced in association with ACE for ABC Arts iView. Before joining ACE in 2016 as Producer, Screen Cultures Programs, he worked as a freelance script editor, an on-site script editor for Metro Screen, external reader for Screen NSW (formerly the NSW Film & Television Office), and in 1999 he was a recipient of a Fellowship from the Community Cultural Development Board of the Australia Council for the Arts. Victoria has a BA Communications from NSW Institute of Technology (now UTS) and worked extensively as a dancer, choreographer and specialist dance teacher for Dance Camp Collective, Caliente Afro Latin Dance Company, The Performance Space, Margaret Walker Folk Dance Centre and The Rockmelons and was a member of experimental band, Love Party and the Pan 2000 Steel Pan Band. Leila el Rayes is a multi disciplinary artist from South West Sydney with extensive experience producing exhibitions, workshops and events. She has a passion for championing her community through empowerment and creativity.

Leila has exhibited across Australia across many mediums including performance, sculpture, video and sound works. She also is part of Western Sydney collective, ‘Say Swear’.

She has worked with many galleries and museums across the greater Western Sydney area producing workshops for young people, with organisations such as Art Month, Brightside (PCYC), Blacktown Arts Centre and Casula Powerhouse. 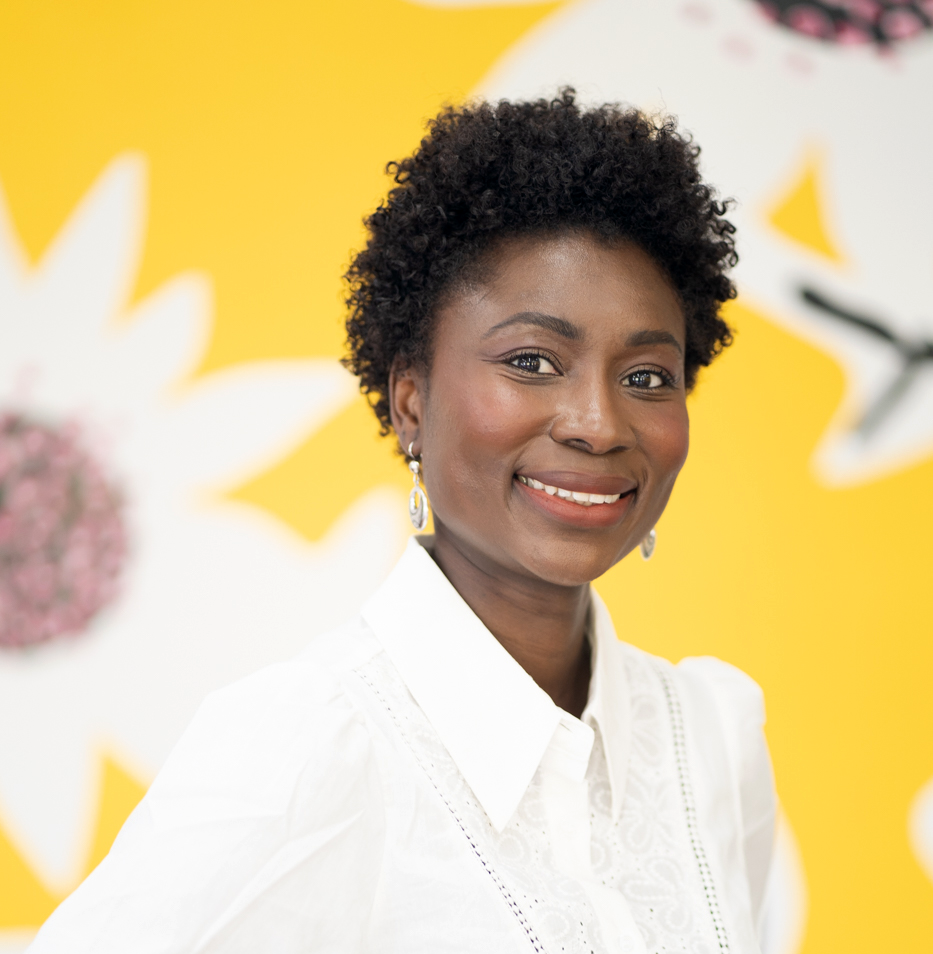 Eliorah Malifa is producer of the Pacific Noir slate, a partnership between Information & Cultural Exchange and Pasifika Film Fest. The slate includes projects in various formats – from episodic to features – by creatives from the diverse Pasifika communities in Western Sydney.

She is also completing her PhD at the Australian National University, focusing on the creation of sustainable screen industry in the Pacific. Before concentrating on film, Eliorah worked extensively in arts management, working in theatre, music, dance, visual arts and most of all Indigenous art. 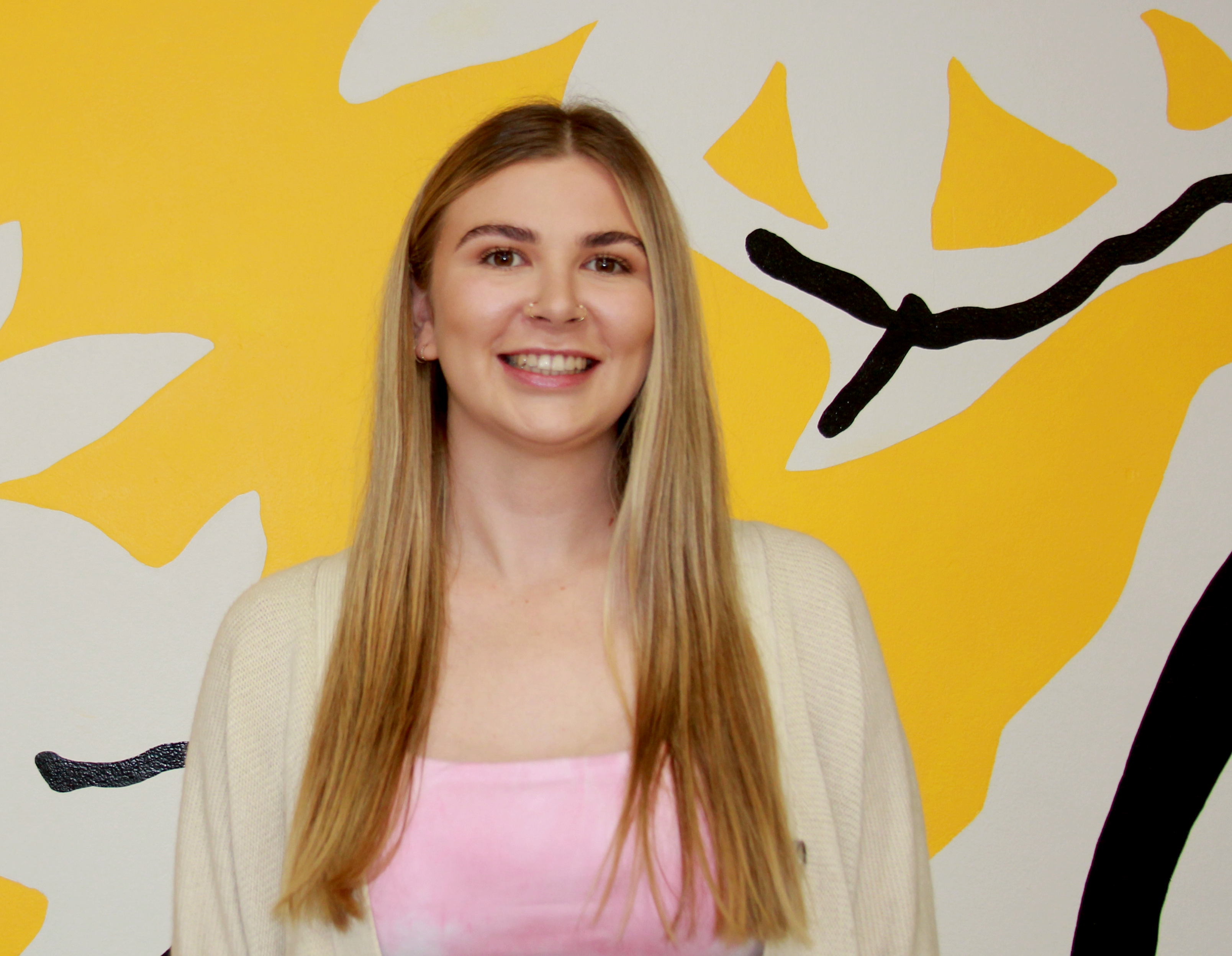 Tannika Keaton is a young Ngarrabal woman living in Western Sydney. Tannika is passionate about working with people and communities, and started at ACE in 2018 as an Administration Assistant while completing a Certificate III in Business through an ArtsReady Traineeship. In 2019 she took on the role of Venue and Reception Officer, and is the first point of contact for any visitors to the space. Tannika manages all venue bookings, and supports programs across the organisation. She is currently studying for a Certificate IV in Community Services. Kannaki Nadesan has worked as a bookkeeper for small and large organisations for over 30 years, working with the finance departments for Australia Council for the Arts, British Council and many smaller not-for-profits and businesses. She has been working with ACE since 2011 and is CIMA qualified. 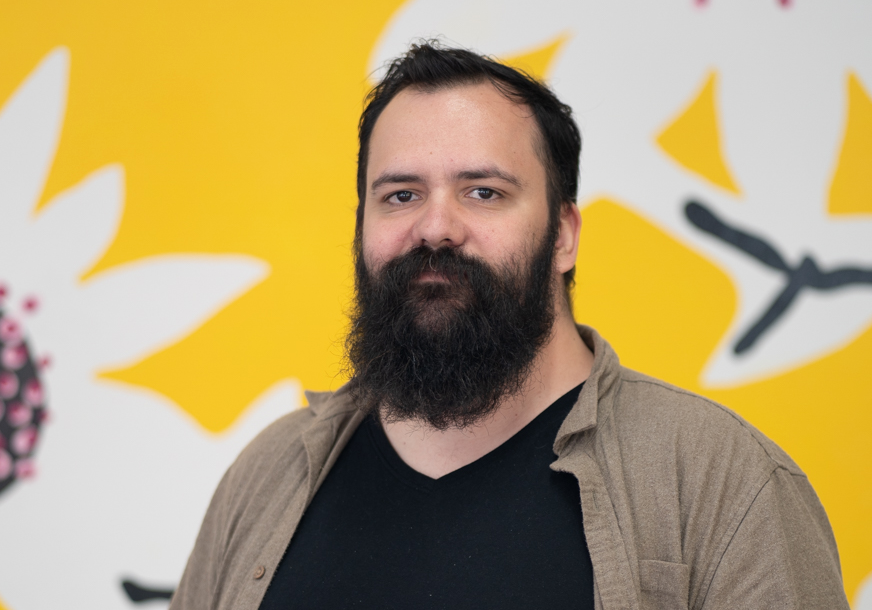 Steven is a multi-discipline digital artist from Western Sydney with over 10 years of experience, producing works for NAIDOC 2017, Vivid 2017, Pedestrian TV, and releasing compilation albums of his works.

Steven moonlights as a music producer, graphic designer, and CGI/3D artist – combining his knowledge of digital production methods to develop audio and visual experiences under the alias ‘Crusade’.

Steven has produced works in the I.C.E studio with various groups and artists, including those from the Street2studio program.

Steven completed a Diploma of Electronic Music Production in 2015, and a Certificate III in Business in 2017

Stay up-to-date with all the latest from ACE.